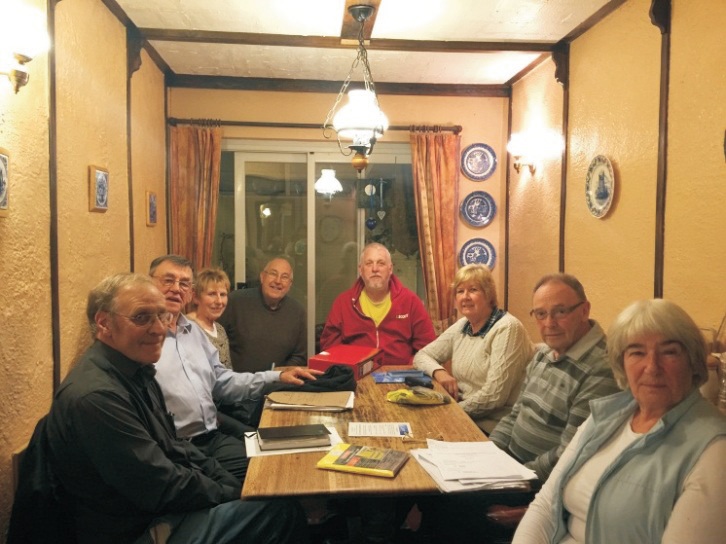 My wife and then two very young children moved into Coney Hall in July 1982.   We had a leaflet  about the RA open meeting in October of that year so I went along out of interest.    Although the attendance was very low, I was extremely impressed with the work done by the small committee and joined as a member that evening.    I then had an invitation to attend the next committee meeting and surprise, surprise, I was asked to become a member of the committee with responsibility for road safety issues.   Within  a couple of years I was nominated as Chairman and was privileged to hold that post for several following years.   As a new chairman I worked quite closely with our then “New” councillor, the superb John Gray and we achieved a lot for residents together.   The RA held lots of social events, barn dances, quiz nights and of course the annual children’s Christmas party which eventually we had to limit to 150 children!   Along with “annoying” things that residents requested our help with, there were also many very important issues affecting our area which the RA, rightly,  became very involved in.   Infilling was a great problem and a very well attended open meeting arranged by the RA needing the large hall at the Assembly rooms, informed the developers very forcefully that their proposed development was not welcome.   It did not go ahead.

The news letter was typed and produced on an ancient Gestetner housed in our dining room and involved a couple of committee members for three nights , printing, collating and stapling 1,600 copies for free distribution around the estate. I was invited to then become a Trustee at the Assembly Rooms and stood down from the chair of the RA although still remaining a member of the committee.    I am now very privileged to be President and follow in some very good footsteps.    John Parker and Mary Knight being especially thought of.   The present committee chaired by the excellent John Stone continues to meet and do their best to keep Coney Hall the lovely place it should be.   Long may the RA continue to serve the community so excellently

I moved to Coney Hall village from Croydon after the memorable freezing winter of 1963, with my husband and two small children.  A third followed later.

The only house we could afford, (£3,750) was in Queensway.  It had just two bedrooms and was in need of much T.L.C. but it was where it was rather than what it was that decided us.  We’ve never regretted making that move.

I joined St. John’s Young Wives, made many new friends, eventually became Leader and ran a Sunday School group with ‘The Shaftesbury Children’ from what is now Nash College.

A keen horse rider, I was a founder member of Bromley Bridleways Action Group (BBAG) whose purpose was to raise funds for the creation of new bridleways and to contribute towards the repair and maintenance of those few we already had.  The group, started in 1976, is still hard at work and raised many thousands of pounds for which the Council has been very grateful!

In the 1980’s I swapped my Secretarial career for a career as a Chiropodist and Reflexologist running my own practice for the next twenty very rewarding years.

I joined the Residents’ Assoc. Committee in 2010 as temporary Secretary which became a permanent post soon after, turning me into what I describe as ‘the Local Busy Body’.

I helped start the Friends of the Park group and belong to Friends of Well Wood assisting at the monthly working parties clearing invasive species and opening up glades, letting in light to encourage the bluebells, wood anemones and foxgloves.

Hobbies?  Local History is a recent ‘passion’ but gardening has been a passion ‘forever’!

Our Vice Chairman, Alan Coxon, M.B.E. and his wife Beryl, who is our Minute Secretary, moved to Coney Hall 14 years ago and have loved living in the area.   They moved from East Dulwich, where they lived for 27 years.   Alan is a retired Police Officer and now does local gardening and also Talks relating to his Police career and Toastmastering, which he did for many years.   He finished his Police career at the Houses of Parliament and also does a Talk about his time there.   They have met many friends in Coney Hall and with a dog to walk, enjoy the open spaces all around